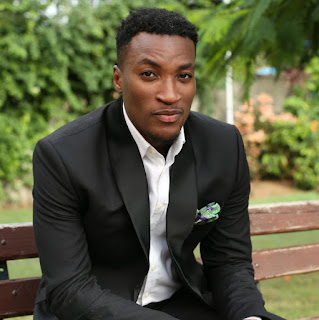 (Part 1/2) When I left school in 2009, I honestly didn’t know what I was going to do with my life. I returned to Lagos after NYSC and started working. At some point, God put this heavy burden on me and I knew it was time for me to move on. I had been afraid to do this cos I used to feel I wasn’t good enough. I prayed and God told me, Akah, you are the business; you are the product, the brand that I need to sell. I resigned and went away for a while to another country. I returned to Lagos broke! I went to my parents and my guardians and told them I had resigned. They asked me what I wanted to do. I told them entertainment. No one was comfortable with it. I said I wanted to try. Let it be that I tried and failed, but I needed to fight for something.

God gave me a scripture, 1 Tim 4:14-15: “Do not neglect the gift that is in you, which was given you through the prophecy spoken over you at the laying on of the hands of the elders. Be diligent in these matters and absorbed in them, so that your progress will be evident to all.” I told myself the gifting that had been passed on by Bishop Oyedepo back at Covenant University, Donnie McClurkin and Kim Burrell who had all prayed with me personally, and even other spiritual leaders, can’t all be a waste. Then God also reminded me about Abraham who left the land of Ur and all that he owned and knew for a land he knew nothing about just because God had told him to move. I knew I had to place all my trust in God. I knew I had to hear well. And I did.

I was at home for six months without a job. It was grueling. Then, Glo brought XFactor to Nigeria. I did not want to do it because I had sworn I would never participate in a competition. God said go; he even spoke through Chef Fregz. I got to the final nine, but didn’t make it to the final rounds. I later heard God say He was teaching me something. I realised God’s purpose for me going to XFactor was to work on my self-doubt and break that fear of not being good enough. That was it! I realised then that I was on a personal journey with God. He wanted to write my story by himself. He was working on me by himself.