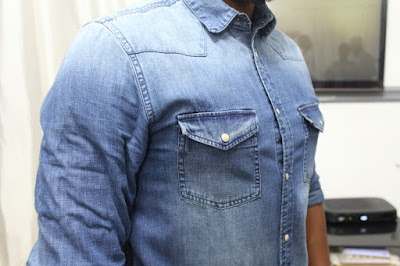 (Part 1/2) I used to be addicted to cannabis sativa (weed). It became a lot worse when I got into university. It was so bad, that at some point I started to hallucinate. I remember the first time I had weed; I was laughing like a crazy person. Unfortunately for me, people started to bring it to my room, so I didn’t need to go out of my way to look for it. I became so hooked on it that I couldn’t go a day without it. Weed became a catalyst for every other thing. There would be crazy sexual activities after smoking.
It was really bad. I thought I’d never be able to get past smoking weed even when I started getting close to God. It was a struggle. I had stopped attending church for a while because the weed consumed me. As I got even more personal with God, it became something that I knew I had to let go of. How that was going to happen, I had no idea.
Somehow I just kept praying, not even about the weed addiction because it was so strong that I felt it was probably something that I’d have to live with for the rest of my life. I would pray about every other thing. I didn’t think it was a problem. I always made up excuses on how great weed was. I was a good advocate for it with great arguments and lines which usually made a lot of sense, at least to me.
I can’t remember what exactly happened but I stopped smoking cigarettes first.
Getting closer to God really helped me even though I wasn’t the best of his children at the time. I stopped buying cigarettes with my money and eventually found out I wasn’t smoking cigarettes anymore. But I was still dealing with weed big time. I stopped smoking weed but then started chewing it. (When you smoke it, the effects last for just a few hours but when you chew it, it goes to your blood stream, and so it could last up to 4 hours.)
Eventually God did it. I don’t know how, but He made a way. I just found out that I wasn’t having cravings anymore. God worked in me and I was able to quit weed. I realised I could live my life without enhancements from anything or dependence on any material. 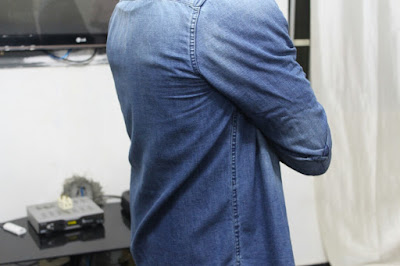 (Part 2/2) Though I’d stopped smoking weed, I was still dealing with sexual lusts and desires. Now, I prayed about this a lot, because for me I think I had something that was deep and it was more spiritual than physical.
Ladies were always coming on to me; even married women too. It was crazy, I was a sex maniac and a beast. I would pray, go to vigils, then the next thing I knew, I would be back at it. It was a physical struggle. I’ve even had girls literally rape me, struggle to have sex with me, begging me not to push them away.
I realised I was trying to stop by myself because every time I made the decision to, I wouldn’t last for a week. I would see certain things in my dreams and once I see them, I knew the next day or even that day I was going to have sex. It was a fight. I needed the Holy Spirit to help me so I prayed. I said, “You know what Lord, I’m not going to struggle about this anymore. I’m not going to fight it. Let your Holy Spirit help me. I yield myself to your Spirit because I know I need help.”
I celebrated 1 year of celibacy in October, 2016. It hasn’t been a walk in the park and there’s temptation everywhere, especially with the kind of work I do. For me it’s still very unbelievable, because I didn’t think I could go past a week. I remember in my 3rd month of being celibate, I got close to losing it. There was this one time I was about to have sex and then something held me back. The Holy Spirit took over. I can’t do anything with my might, so I’ve learnt to let the Holy Spirit do His work. Because all the time I tried to do it myself I failed.
Temptations will come, but it’s how one tackles them that matters. A part in the Bible says, “Resist the devil and he will flee from you.” Another part says flee every appearance of evil. So, at every point of temptation you need to know which one to apply. There are some cases where you can’t flee, but you can confront and resist the devil and he will flee. That’s where wisdom comes in. The good thing is that God has given us the capacity to deal with it and it’s always very wise not to go it alone but with the Holy Spirit.