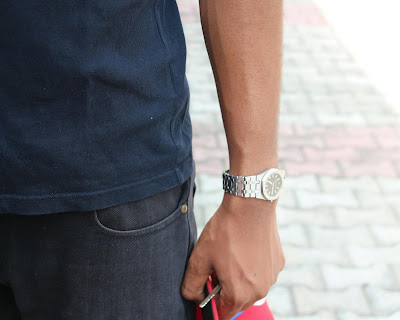 I went to 3 different universities. I really don’t want to talk about the first one, but know that I had to leave. The 2nd university was the University of Lagos (UNILAG). I was really unserious. I would party regularly and I got into drugs too. I was just in school collecting money from home. I had an apartment and a car, so there was really no reason to be serious. I just kept on playing and all the people around me were bad influences and were pushing me in the wrong direction. The school advised that I withdraw because I wasn’t writing exams. The truth is I didn’t even know when we were supposed to write exams. I was meant to be in 200 level when this happened.

I later got admitted into 200 level in a private university. Honestly, I turned from bad to worse. I didn’t like the school because there were so many rules and regulations. There was also a curfew and we had to wear a suit and a tie. I was pretty much a rebel. I broke some of the rules a couple of times, smuggled in drugs (codeine), smoked weed & cigarettes and had another set of bad friends. I got suspended 3 times, till I was expelled from the school in my final year. I was later readmitted into the school to redo my final year. At this time, all my mates had graduated. I was still a naughty child but I was able to graduate. I was happy when I finally graduated and got my certificate.
I’ve stopped taking codeine and weed. I’m still trying to stop alcohol and cigarettes. I really do desire to stop everything and focus on what is right and I know God is able to help me.