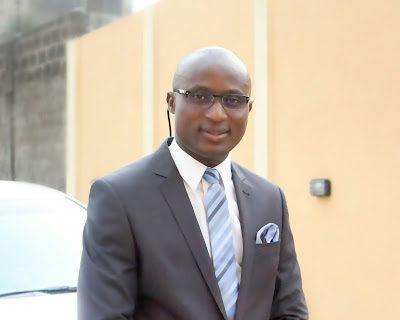 (Part 1/3) I was born into a polygamous home. My mother was the last of four wives. We lost my father while I was still in primary school. A family where there had been love, harmony, and peace turned into one where the extended family members said the only gift they could give my mother’s children was a gun; that we should go and start hunting in the village. “What good could come out of the children from the last wife”, they asked?
We had nothing, but my mother promised she would do whatever she could legitimately to make sure we continued school if that was what we wanted. I took to doing odd jobs to make extra money to help at home. Praise be to God that I never did anything illegal. In secondary school, I worked after school at the homes of the more well-to-do teachers and area aunties/uncles. In exchange for money and meals, I would do chores around the house and tutor some of their children.
It took me about ten attempts to pass English Language in WAEC/ GCE. I then gained entry into the pre-ND program at Federal Polytechnic, Offa. I sailed through my first year, then fell deathly ill during my first semester of ND 2 where an Ambulance was engaged. My mother told me I came back to life at the 22nd injection. By the time I was discharged, I needed a physiotherapist to help me walk again, and I had lost too much time to return to school. I was despondent, but God said it wasn’t over for me yet.
I managed to gain admission into Ogun State University for a diploma program in Marketing. While there after my Diploma program, I struggled and started a GSM business in 2001/2002. There were so many setbacks. At a point, I was in my room for three months with no food and seemingly no hope. That was where God told me about Job 36: 11, “If you obey and serve Him, you shall spend your years in prosperity and your days in pleasure.” I said to God, “If what you require from me is to serve you, I will serve you.” That was where I got the encounter of Deuteronomy 8: 10-18. It was all settled in 2002 when there was no food for me to eat. When God gives you a promise, even though it looks delayed, wait; it will come to pass. 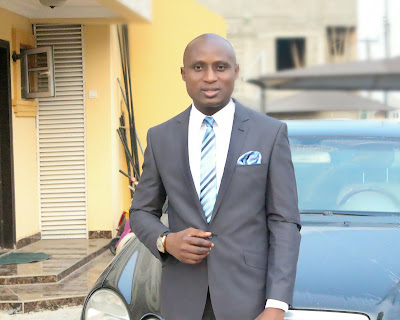 (Part 2/3) After a while, before I knew it, the business had become a standard business centre. Soon, I had about 50 people that were reporting to me directly/indirectly as a student and it later graduated to a multi branch system. We started doing projects for students, I was making photocopies for them, and God eventually made a cybercafé out of the business. By divine design, at some point in a month I could make a profit of about five hundred thousand Naira. God so blessed me through the business.
One of the humbling things about my testimony is that serving God pays. There’s nothing like serving God because everything about my life is tied to serving God. Anytime I was going to church and locked up my shop, virtually all my competitors would not have network on their phones. I didn’t know until I was told later. Once I opened up after church service, people would have network. By the time I returned from church, many people who had taken tally numbers would be lined up outside my shop!
Eventually, I gained admission as a full-time student through direct entry to study Economics and I moved from the house where I was staying in a room to a rented self-contained apartment where I was paying proper rent. God began great things in my life. At the time, I already met my fiancée who is now my wife in the course of my service to God. When I finished school, I still stayed to continue my business until we moved to Ibadan where I initially stayed with a family before we moved our business down. By this time, I was on my fifth car as a graduate student and I could help other people to pay part of their school fees.
From Ibadan, it was time for my NYSC. I was posted to Yobe State. When I saw a danger of backsliding there, I told God, “If you don’t want to lose a son, please help me out of this place.” I applied for redeployment and was granted it to Lagos. I needed to choose a place for my youth service. After praying in agreement with my then fiancée and now wife, God said I should go to PropertyMart Real Estate Investment Limited. 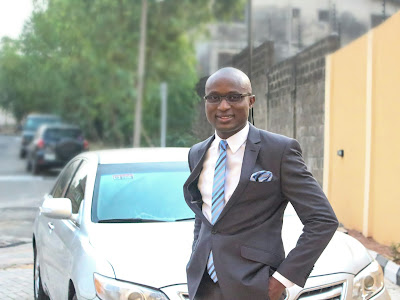 (Part 3/3) I became the first accountant of the company and set up the accounts department. The instruction I received from God was to sow my own business and that I needed to learn from someone else (Humility). He helped me to obey. From the time I started there, there was a dramatic turnaround in the organisation.
I then moved to the sales/marketing unit, and within 6 months I became the Head of Marketing. From there, I joined the acquisition department as the first acquisition manager with the MD and after some months, I became the first personal assistant to the MD. In 2010, I was sent to Abuja to become the first branch manager there. Within 3 years, I had delivered four estates for the company – Palms Garden Kuje, Grenadines Homes Lifecamp, Grenadines Homes Lokogoma and Grenadines Homes, Katampe (which I only started).
In July of 2013, my boss gave me an offer to go out on my own. I went to God and he gave me a word in Deuteronomy 1:21 where he said I shouldn’t be afraid and that he has gone ahead of me to take the land for me. I needed more clarification so I spoke to some of my fathers in the faith and they said, “Go ahead, God is with you”.
While in the US with my family in December 2013, I received the final direction from God that it was time to move and accept the offer. When I returned to Nigeria, I went to see my boss. He said, now that you have said God has given you the go ahead, “I’m giving you a bigger offer, I want you to be the MD of PropertyMart. I want you to move to another level and oversee the business.”
He gave me about thirty minutes to go and pray about it. I went to pray and God said, “No, accept the Tromville offer”. That was what led to a rebirth of Tromville Investment Limited. To the glory of God, I work with some partners and the business is doing well with about four estates in two years. Some major forces that have kept me going are: Holiness, Servanthood, Humility, Obedience, Prayer & Fasting, Living Sacrificially and raising others as God raised me.