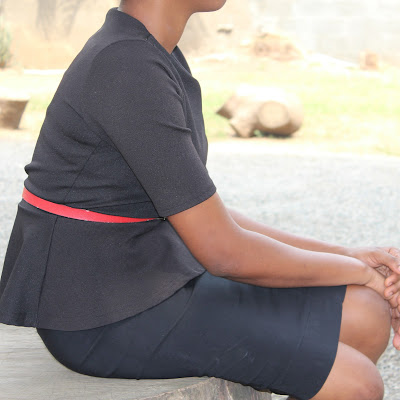 (Part 1/4) It all started at the age of 15. I was living with my aunt. On the 31st of December, some years ago, I was heading to church for the watch night service. There was a carnival happening on the street and before I knew it, I was dragged by someone I didn’t know. What I remembered was that I opened my eyes and realised I was in a strange place. I knew that something had been done to me and I was raped. I didn’t know the person, I didn’t know how, I didn’t know when. All I knew was that I was raped.
I went back home. I couldn’t go to church. From that point, my life took a new turn. I entered into depression for a very long time because I wanted to remain a virgin till I got married. I then had my first boyfriend even though I never really wanted to have one. I felt like there was nothing to hide anymore. In fact, I was the one who did the toasting. There was no day I came back from school that we would not have sex. I was in SS1 and this continued for so many years. Most of his friends also had their way with me. A lot of people that I can’t even remember took their turn with me because I felt like there was nothing to keep anymore. I let people come in and go freely.
In November 2011, my aunt’s house got burnt and on this particular day, a guy that sells clothes in my church said, “I have some clothes for you. Why don’t you come to the house and I’ll give them to you?” I followed him. His elder brother was in the house. The guy from church said I should wait for him to get the clothes from the store, so he left the house. The elder brother then stylishly locked the door and threw me on the bed. I screamed and screamed till I lost my strength because he overpowered me and raped me. This was another turning point in my life and I was angry.
I started drinking alcohol. I drank to be free from depression but there was no way out. My teachers in school also had their way with me. Truth is, I wasn’t feeling bad about anything I did. 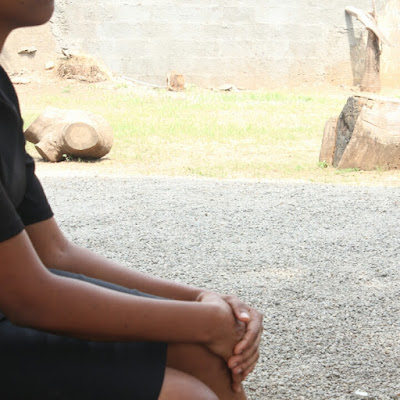 (Part 2/4) I have a friend from church who used to sleep in my house during the weekends. I remember one night, I felt a hand all over me. I opened my eyes and saw that she was the one caressing me. I didn’t feel bad or feel I needed to stop her from touching me. That was how I got into lesbianism.
She also taught me how to masturbate. Sex was my life. Pornography and masturbation were my culture. I could not do without them. My aunty didn’t know all this, not because she didn’t care. It’s not just something she would have found out easily because I was smart. And don’t forget, I was still in secondary school.
There was a particular lady who was brought to school to teach for a term. She taught CRS (Christian Religious Studies). On this particular day, she taught about forgiveness. I felt very bad for the first time in my life and I became restless. I couldn’t do anything in school that day. I had to go to meet her to ask if God would ever forgive me for the things that I’d done. She said yes. She asked me if there was any problem. Because I didn’t want to be judged or condemned, I didn’t tell her. I eventually told and she asked, “Do you value yourself?” I looked at myself and saw nothing. I had already calculated that I would die before age 20. She laughed and said, “Are you God? Why would you think such?” I said, “Because I know the things that I do everyday and I know I won’t last long.”
At this time in my life, I had stopped going to church because I felt God had abandoned me. This teacher took me to church, she bought me a bible and she prayed with me. I promised her I wouldn’t go back to the things I used to do, but after a few months I found myself back there. I felt like they were things that I could not do without and I felt abnormal not doing them. Things went on like this for so many years until I had a dream. 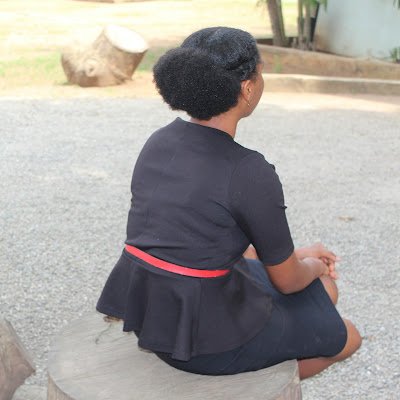 (Part 3/4) I had a dream where I saw a woman who spoke to me in pidgin. She said, “That thing wey you don dey do since, your friend papa say make I tell you say if you know stop that tin wey you dey do, you go die.” I looked at her and was shocked. She said, “You dey look me. He say make I tell you say if you no die, you go get belle. If you comot am, you go die.” I woke up from sleep and was really afraid. I decided not to go back to my old life. I was like, “God, I don’t want to die because if I die, I’ll just go to hell.”
I stayed away for some months after that experience but I wasn’t strong. Each time I tried to leave, the people I was involved with would come after me. I then had another dream and it was terrible.
I was dead in the dream. I remember standing by a staircase where people were going up and down. I tried calling out to them but nobody saw or heard me. Then I saw a particular man who did. He asked what I was doing there. I explained to him that I’d been trying to talk to people but no one seemed to notice me. He said, “Yes, they can’t see you because you are a spirit. You are dead.” I said “Wow!” He then said, “Did you commit sins before you died?” I said, “Yes.” Immediately the man started crying. I asked him why he was crying. He said, “There’s no second chance. Once you’re dead, you’re dead, and you go to hell if you’ve not repented.” When I heard hell, I screamed and said, “No, I can’t. You have to tell God to give me a second chance. You have to beg him. What will happen to my parents, my friends and my siblings? How will they take the news that I’m dead? How will they accept that I died in a man’s house or on his bed? My parents trust me more than this.” In fact, the way I died in the dream was that I was poisoned by someone. The man kept on crying and said, “There’s no way out. Once you’re dead, you’re dead and you’re going to hell. I screamed, “second chance!” till I woke up from the dream. 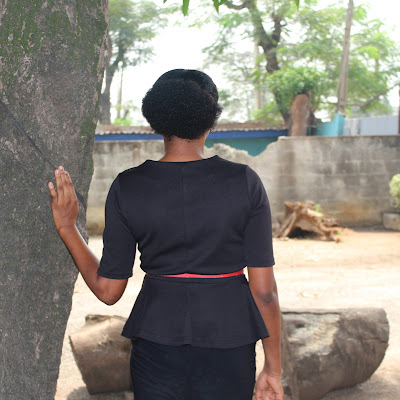 (Part 4/4) I know that God has a purpose for my life. I know that who I am and where I am today is because of the second chance God has given me. It’s not that I didn’t fall a couple of times, after 2 to 3 years of staying away. I did. Even when I fell, I knew that God was with me and it wasn’t what I wanted. I went back to God and told him to help me because I couldn’t do it alone. Before, I thought it was something I could handle on my own but it wasn’t like that. I had to cry out to him to say I couldn’t continue and he needed to help me. He helped.
I needed to change all my friends and I called every one I had a relationship with, warning them to never call me again. It wasn’t an easy thing to do but I had to go through it so that my life could be good again. I also had to forgive myself first and forgive & let go of all the people that had hurt me in the past.
In 2015, I attended a leadership and entrepreneurial training. They talked about action plans and what you want to do for your community. I thought maybe my story is just for someone to learn from and be whole again. I came up with an action plan to start an online campaign for violence and sexual abuse. And that was how I started a teenage empowerment program to let people know that you can be a survivor and not remain a victim for the rest of your life. There is joy in being a survivor.