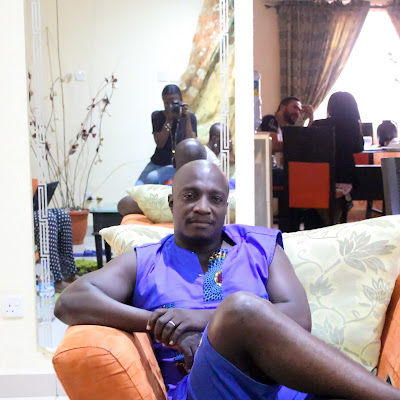 (Part 1/2) My name is Timothy Bentum and I am a Ghanaian. I grew up in a very religious home. I was a very adventurous young man and ended up with a lot of bad friends. I went to 6 schools before writing my A level exams. At the age of 13, I began to smoke weed and got introduced to cocaine when I was 19. My cocaine habit lasted for about 12 years or maybe a little more. I’ve been into all sorts of vices and done all sorts of things, including stealing to feed my addiction, because it was a very expensive one. Alcoholism was not excluded from my list of vices and I had a few bashes with the law, got caught a couple of times and had to bribe my way out.
After all this, I met a woman (who is now my wife), and she told me I couldn’t continue to live like I did. She started taking me to church and over time I began to have a craving for God. Even though I had gone so deep into nonsense; growing up, my parents had taught me to read the Bible. I even still have chapters in my head which I had memorised. We would memorise chapters and recite them in church. People were doing memory verses while we were doing memory chapters. Growing up, you would think that I was a brother, but it was a seed that was sown. So every time I walked by a church, I would feel a pulling like I’ve got to go in there. A couple of times I actually walked in and just sat there while the service was going on. After a while, I began doing the church thing little by little.
But one day, I met one of my friends who used to come to my home to eat. He was on his way to church with his family and here I was asking him for money that day. When I got home I said to myself, “This has got to stop. Enough is enough, I can’t be begging for money.” So, I decided I wasn’t going to drink or smoke again.
I had almost 2 decades of an addiction and I stopped without any hassle, or withdrawal symptoms like ‘cold turkey’ or ‘a twitch’, or ‘running nose’ or ‘fever’. Everybody says it’s impossible to stop an addiction without the side effects or withdrawal symptoms because the body is used to the addictive substance. 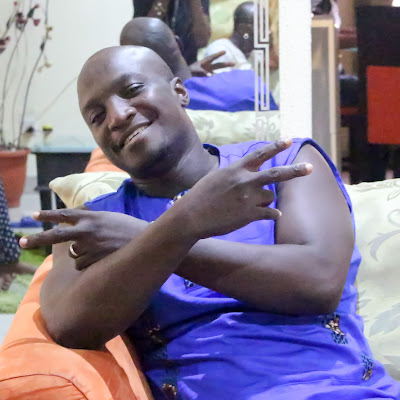 (Part 2/2) The grace of God kept me as I overcame my addictions, because the truth is, if I had had withdrawal symptoms, I would’ve gone back and God knew me. So he took away the withdrawal symptoms and made me sail through easily.

Thankfully, I met Pascal Amafo and we connected and just started to do stuff. I have seen what God has used him to do; the healings and the miracles, and he has inspired me a lot. We have been together for a while, along with Majid Michael, and Majid also has a very strong teaching and healing anointing. Together, we have a kind of inseparable relationship. It is as if God covenanted us together even before we got here, because everywhere we go, we move in very unique ways and people are blessed.
Personally, I think that my story has been very profound. People have been helped. I’m still talking to a lot of people who are on drugs. I believe God takes us to places and brings us out so we can go back and save people. That’s why God doesn’t take us out of the world, rather he takes the world out of us. He puts us in the world to be able to affect the world.
We are told time and again that if you have an addiction of any sort, whether homosexuality, pornography, masturbation, alcoholism etc. that you should say, “I can do it” (i.e. break free from it) and then you just will yourself to do it. But I will tell you to say, “I can’t do it. Lord I roll it over to you, for without you I can do nothing.” God said in John 15, “I am the vine, you are the branches and without me you can do nothing.” So, roll it over to God, Let him see your helplessness and then he will step in because you are available. But if you say I can do it, it’s like saying “Yo, step back, I got this”. Get into a space of total reliance and dependence on God. Everyone should have a dependence creed because we are supposed to be dependent on God.
Moving forward, I’m expecting to walk the face of the earth with an anointing that has never walked the face of the earth before. I desire the kind of move of God that has never been seen.