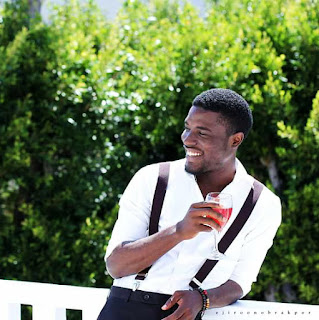 I was a science student in secondary school. It was a bad choice from day one. It got so bad that I had to change schools. I barely passed my WAEC secondary school leaving exam and couldn’t pass the JAMB university entrance exam. I decided to enroll in a pre-degree programme in Maths at Ogun State University. I didn’t register for any of the courses, though my fees were paid. I couldn’t write the exams, so I faked a result. My parents were too smart for that to get past them. They took me to school and discovered that I had faked it all.

My father decided we were going to do things right, so he re-registered me for the same course. Again, I didn’t write the 1st semester exam, and faked yet another result. My dad sent my brother to school to confirm and the truth was revealed. Just before this happened, I’d read a book titled Maximum Achievement by Brian Tracy which opened my eyes. Two nights before my brother arrived at school to take me home, I sat up in bed, and asked God to help me. When we got home, my father said to me, “You’re going to have to make a decision and I’ll support your decision to pick your life up and go forward but it’s the last time I’m going to do it.” I told him I wanted to return to secondary school.

I enrolled at a popular coaching centre as an arts student. I completed a 3-year curriculum in 1-year. It was the most humbling year of my life. I wrote JAMB for the fourth time and passed. I also got the grades I wanted in my WAEC. I was accepted into the Creative Arts department to read Theatre at the University of Lagos. I’d begun to attend classes, only to find out my name was no longer on the admissions list and it had closed. I went back home and cried. I swore I was not going back to school. I felt that God had failed me. I’d done everything right this time around, but He didn’t come through. My sisters told me not to give up.

I went back to school with my parents to see the Head of Admissions (a very grumpy man) and my name was put on the admissions list. Sometimes we judge ourselves based on abilities we don’t have. I was like a fish judged by its ability to climb a tree.