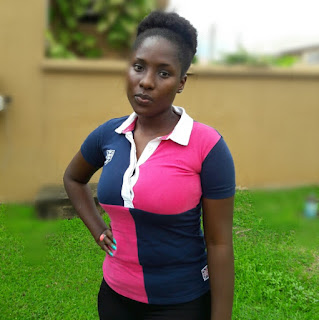 (Part 1/2) After secondary school, I wrote JAMB (university entrance exams) the first time and got admission into University of Lagos (UNILAG) to study Law. The combination for my Senior Secondary School Exams (SSCE) was not perfect. I failed Literature so I took the exam again and forfeited my admission that year. The next year I wrote all the exams again. I finally made my combination except Literature, so I couldn’t do Law. I chose another course. I did JAMB again but didn’t score up to the required 200. I repeated the exam the following year, and the year after, but failed. I decided to try getting into school for a pre-degree course. Everything was perfect but someone else’s picture was used and the school wasn’t able to resolve it, so I lost my admission that year. The next year I got into another university with JAMB, but the same thing happened. Another person’s picture was on my profile and they couldn’t resolve it, so I lost yet another admission. Everyone was saying all this was happening to me because I decided not to follow my parent’s religion and I had just become a Christian.

These events took 7 years. I then applied to Ahmadu Bello University (ABU), Zaria. I did a diploma course for 2 years and I was supposed to get into 200 level because I passed. I also wrote JAMB too to get into ABU and I passed, but somehow my name didn’t come out on the admissions list. I tried to use my diploma but they said there were too many people. I left Zaria, came back to Lagos and was at home for another year. I decided to write JAMB again, and at this point I was really frustrated and tired. I said, “God if this doesn’t work, I’m done. On the 7th day you rested, you must give me rest.” (This was the 7th time I was writing JAMB). I had a score of 197, but I was used to it. I felt I had failed again. Fortunately, JAMB reduced the cut-off mark to 180 that year, so I qualified for Post JAMB exams. I did the exam and had 36%. I told myself, “even after I had a chance, I still failed.”