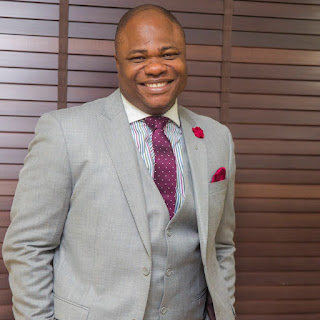 (Part 3/4) I met my wife in church. When I met her, the only thing I could lay claim to was the fact that I was born again and passionately serving in church as an usher. That was the only thing I had confidence in to make me want to have a relationship with her. She was just graduating from university and was from a very good, intellectual & educated home. When we agreed to get married, the issue was how we were going to tell her parents.

When I eventually met her mum, she asked me every question a soon to be mother-in-law would ask like, “What do you do for a living?” and from nowhere I said, “Mum I’m a dropout.” I honestly had no idea where that came from. And her answer shocked me. She said, “It doesn’t matter. We’re all not going to succeed in life through the same path way. The most important thing in life is that we know we have God and I see clearly that you have Him.” That’s how God gave me favour in her eyes.

At this time, I was living in my grandfather’s house and everything I tried to express as a believer was being truncated and frustrated. So God needed to take me out of that environment and surprisingly God used the family of my fiancée. I moved into my fiancée’s house. We were not married but I was living in her parents’ house. There was so much trust; her parents trusted us. When we were going to get married, I didn’t have a job, I didn’t have any earnings but I was praying and the Lord said to me I want you to get married now.

We got married in a very small setting, just the family in my pastor’s office. After we got married, we still lived together in her parents’ house, and some months after, she relocated to the UK then came home about twice a year. I relocated to the UK, 2 years after to meet my wife. Because of a promise I made to my wife, 2 years after, we came back to Nigeria and did the normal traditional wedding and church wedding in the form of a renewal of vows but it was done as a proper wedding and it was a blast.