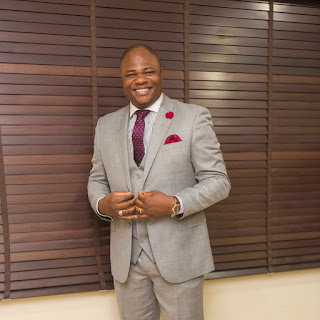 (Part 1/4) I gave my life to Christ dramatically, not in the church or by anyone ministering to me. I had an encounter with Jesus in the Pub (beer parlour). Before then, I was very addicted to substances and alcohol. I remember that day, precisely February 16, 2003 between 6.30 and 7.30 pm, I was in the beer parlour drinking heavily after having taken several other substances. I felt the presence of God walk into the place and the Lord reminded me that this was not the essence for which I was created. If I could entrust my life into his hands regardless of the situation, he would make a story out of me. At the time, I had just dropped out of my 2nd university.

I was once admitted into LAUTECH and after about 2 and half years, I dropped out. After a year, I gained admission into Ogun State University (OSU). After another 2 and half years, I got kicked out again because of my wayward life. At the time, I had been arrested and locked up in prison cells about 4 different times. I had lost all sense of meaning and purpose. My extended family that I lived with had completely lost hope in me. So I was on the streets going from one joint to the other, doing terrible things to make money to satisfy my addiction urge. It was in that season that I had the encounter. Prior to that, my mum had been praying for me for years to be saved, so I believe God finally answered her prayer.

I started looking for a local church. There was one my sister had tried to get me to attend way back but I wasn’t interested. I remember one time she got me to go and immediately after the service I lit a cigarette to tell you how bored I was. But after my encounter, I went to her myself and told her to take back to the church. That was how I started attending Daystar Christian Centre but yet, with so many insecurities.