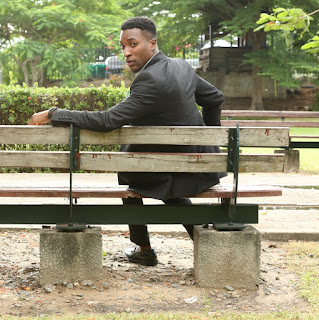 (Part 2/2) I got an opportunity to work for a TV station. I was there for a year and nine months and I knew it was time to move on again. I left the TV station because I had grown, learnt a lot, and didn’t feel challenged anymore. And I needed to focus more on my acting and personal projects and conquer new territory. I didn’t know where I was leaving to, but I had such an assurance that if God did it before, He would do it again. And even if it wasn’t God behind me leaving, He would not let me fail or fall. He’s too faithful!

I got another job for a month to be a producer for an organisation and it was perfect. In Dec 2015, I started my Vlog. People said it wouldn’t work and I wouldn’t get viewers, but the opposite was the case. Before I knew it, “Akah Bants” my first video got featured on BBC and I started having good followership and viewing. Someone said “Akah’s videos defy everything I know about social media.” I just felt like this was God. More doors started opening.

I might not be the biggest celebrity out there, but I am being noticed and getting recognition. I’m on newspapers I don’t know. My acting gigs are getting better and better and I’m happy. I’m pushing and doing what I love to do. I feel that people just need to take a leap of faith and step out! Conquer your fear! Mine was self-doubt.