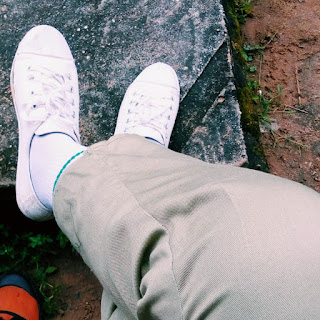 (Part 1/2) I was 6 years old when my life changed forever. I stumbled on a sexually graphic magazine in my dad’s wardrobe and saw people doing things. I started to feel funny but didn’t know what it meant. Then I realised I had a part of me that I would touch when I wanted to pee and it felt good. That was how I started masturbating.
I continued on and on even though I knew it was wrong. I was a Christian child. So I would make vows to God, only to break them shortly after. I even went as far as placing a curse on myself just to deter or scare myself but it never lasted. I always went back to indulge myself.
I then realised I was growing very slowly at the time. I was in my 3rd year of senior secondary school and had no breasts, unlike my mates. I got laughed at and taunted a lot for it and it really worsened my already established esteem issues. So I would masturbate to comfort myself and feel good after serious bouts of feeling depressed and worthless.
I was also criticised a lot at home for being strong willed and the love I desired wasn’t shown to me so I felt rejected both at home and in school. I had been verbally and sexually assaulted by a boy in my area (who said he wanted to sleep with me) and that really stuck in my head and later, by a lesson teacher.
At some point, I got involved in lesbianism while in secondary school. I just craved acceptance. I wanted to feel okay, like one of the normal ones.
(Read the concluding part of this story on our website.)